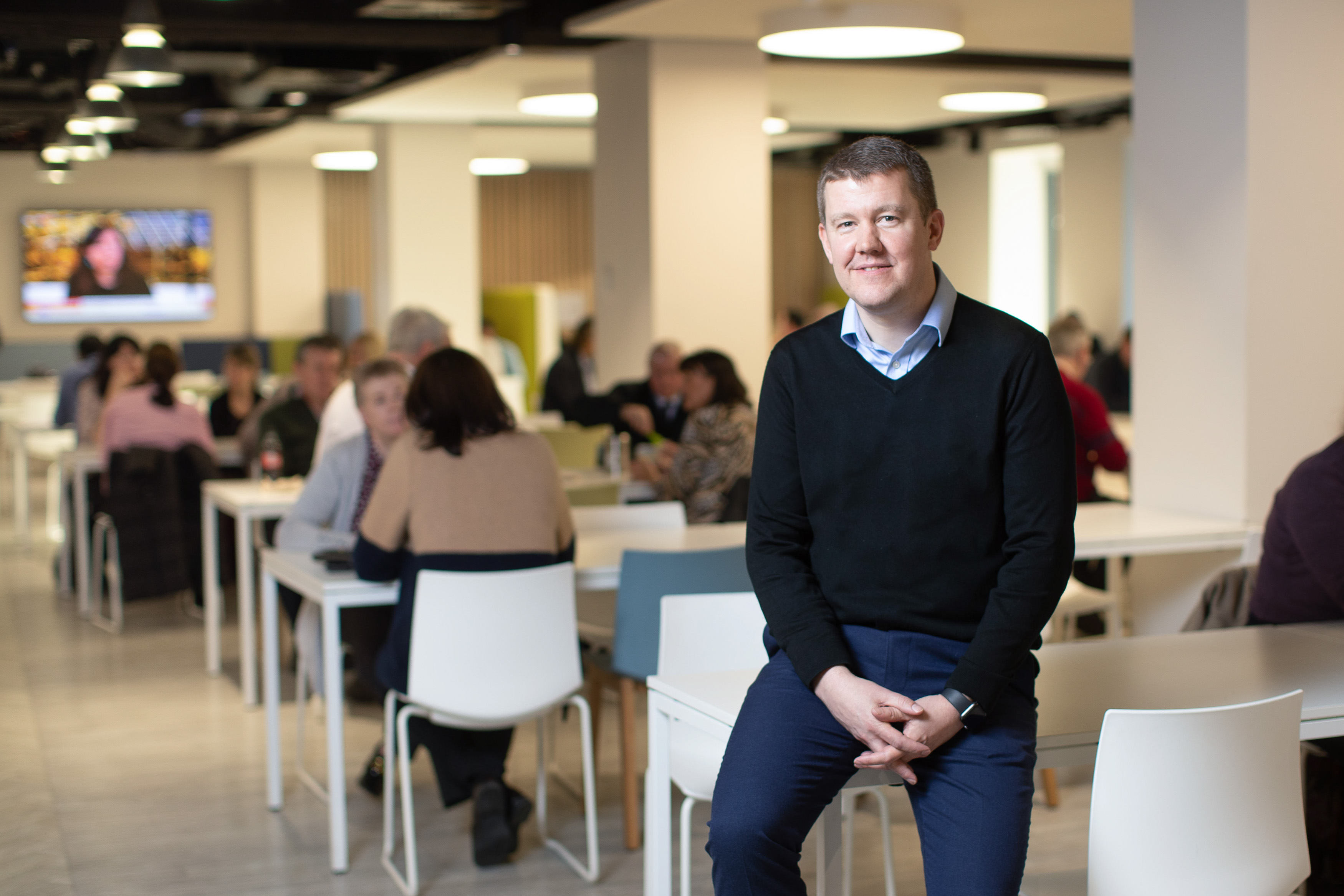 Living and working in Ireland less than two years, Matt Elliott is a man in a hurry. The Yorkshire native, who took up the role of chief people officer of Bank of Ireland early last year, has already made a number of changes at the financial institution and is vocal in his views on the bankers’ pay cap.

In the wake of the bank bailouts that followed the economic crisis the State imposed new regulations with a pay cap of €500,000 across the main banks here and an 89pc ‘super-tax’ on incentive pay in the sector.

Elliott, like the bank he works for, argues the salary limits should be abolished.

“We have been pretty clear as an organisation that we believe we should bring back variable pay. I think that does involve a discussion about a pay cap,” the ex-Virgin Money executive says.

He recognises that it is “a difficult debate” in Ireland “for all the reasons that we know about over this past decade”.

“We do take that very seriously. Those are issues that can’t be repeated. I think the sector is quite proactive in terms of changing culture but also announcing accountability,” he says.

Changes to pay and incentives are needed in order for banks to be able to compete not just against each other for talent, but also against the tech giants operating in Ireland, according to Elliott.

“Being able to pay competitively for the right talent for Bank of Ireland is appropriate and is more widely healthy in terms of this institution, and given its importance to the country as well.

“My job is more demanding in terms of attracting [certain] skill sets ahead of LinkedIn or Amazon, Facebook and those kinds of organisations, as much as banking competitors, and so that’s the shift.” In addition, the likes of tech companies have the edge in terms of being “really attractive brand-wise” to younger people.

“It is a very competitive environment and it is becoming increasingly so for certain types of specialist skills, and that’s where the more intense focus is coming from,” Elliott adds.

The bank is currently implementing a digital transformation programme. On the back of this, its staff requirements are shifting. There will be changes to some of the roles that currently exist.

In order to facilitate this, the bank has set up a central team to manage matching people from where they may not be needed in the future to a role the firm knows it will want.

“It is a team that has just been put in place and their line of sight is to the whole company,” Elliott says, adding that changes “will involve some skills development”.

However, while some roles that are currently in existence may not be around in the future, he says the bank, which employs just over 11,000 people, has no plans to make compulsory redundancies.

“We are being proactive around managing [changes] through with any colleagues that are affected, supporting them in that transition, and if they want to remain with the organisation, we are going to be supporting their skills and careers to enable that to happen.”

Nonetheless, voluntary redundancy will be an option for employees.

“We always have some sort of a programme going on if there is a business change in the bank around VR,” he says. “We recognise there will be less people than there are today in the organisation come the end of the year.”

Along with the tech upgrades that are taking place at the Francesca McDonagh-led bank, Elliott is keen for a change in culture to occur.

“I have arrived into the organisation as we are continuing our commitment to get to a much better place in terms of the culture here,” he says.

“When we started looking at colleague feedback a couple of years ago, we weren’t strong enough in terms of listening and listening carefully, and I think it’s like any healthy relationship; there has got to be good communication. This is something I have seen improve significantly.”

In addition, the bank is endeavouring to be more accommodating in terms of its flexible work offering. Encouraging staff to work differently rather than the typical 9am-5pm has been “quite a cultural change”, he says.

Nonetheless, it is catching on and about one third of the organisation is now using flexible workspaces, where individuals use laptops to enable remote working.

Elliott himself practises what he preaches, with the father of two commuting to and from Dublin each week from his home in Sheffield.

The bank has also piloted four locations for hubs outside of Dublin so that staff are not required to commute into the city every day. The hubs are currently being rolled out in Mulligan, Naas, Dundalk and Gorey.

While Elliott would not say whether he thinks Dublin has become too expensive for companies to locate in, he feels there is “an over-reliance” on the city centre.

“There is a balance to be had. Often we have great properties we can reuse [for flexible working].”

The benefit, he says, of being less Dublin-concentrated is that colleagues have a better work-life balance, while for the bank, the likelihood is it will mean less property in central Dublin.

Another potential change for the bank concerns apprenticeships, which it will consider introducing this year.

“I’m mindful of the unemployment rates around school-leavers who have left without a qualification. It is something like three times higher than the norm for the age 18-24 group in terms of the CSO stats at the moment,” Elliott says.

In addition, Bank of Ireland has recently updated its recruitment policy and removed the ‘Minimum Education Requirement’ as a standard application requirement.

Elliott is an assured operator, confident in his brief. However, despite his eight-year stint at Virgin Money, he struggles when asked about cultural differences between the Richard Branson-founded company and Bank of Ireland.

“I don’t want to search out an answer just for the sake of it. The reason I can’t come up with one thing immediately says that there isn’t a significant difference,” he says.

Elliott says he was “very thoughtful” about coming and working in Ireland.

“If I have heard one thing from my colleagues in the organisation, it is that people can tend to be too nice and not level what they really think, but I have not actually seen that in practise. It is the perception that is held in Ireland, rather than the reality that I have seen,” he says.

In terms of society, however, Elliott says there is “a significant different level of interest in Irish people than there is in the UK”.

“There are more radio shows during the day that are well-informed in terms of the debate that goes on. I see a different level of interaction with politics and general awareness than I do in the UK. I think it is really healthy,” he says.

For the Sheffield Wednesday fan, it means “quite a difference” in taxi conversations, which he says “are just on a different level here”.