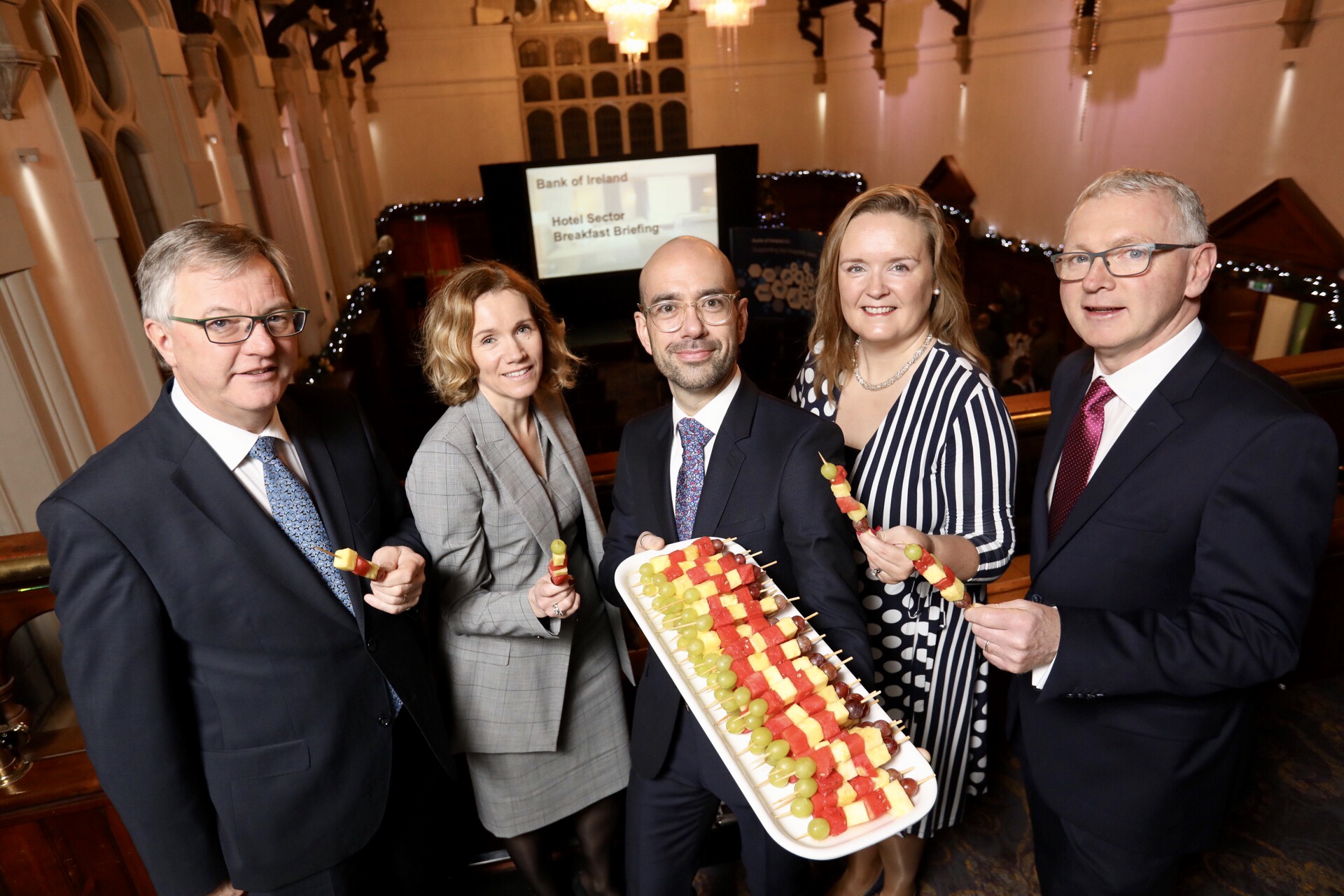 Over 200 hotel owners, managers, agents and suppliers gathered in Dublin today for a Bank of Ireland Hotel Sector Business Briefing. Attendees heard that the improved economy is responsible for a large volume of new hotel development planning permissions and a wave of capital investment projects in hotels across the country.

The hospitality environment has changed dramatically in recent years led by sustained & evolving growth in demand that has seen visitors from North America and Continental Europe increase by 34% and 14% respectively over the last two years (YTD October) while dependency in the Great Britain market has diluted as their numbers are down 6% for the same period.

Domestic demand continues to thrive as unemployment figures maintain a downward trend which at the end of October stands at 5.3% (1.3% down on the previous year). Dublin’s widely reported and much debated under-capacity is now spreading with rooms in short supply in various locations during periods of heightened demand.

Corporate activity in the hotel sector is also strong and based on data 2019 is expected to be another strong year for corporate demand. The sector is a vital contributor the Irish economy responsible for about 8% of total employment.

Bank of Ireland has experienced a significant increase in the number of loan applications for refurbishment and extension projects this year.