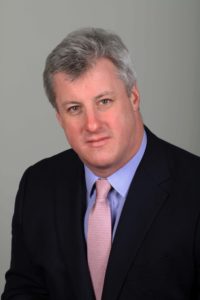 On 21 February, 2018, the Company announced that Archie Kane intends to step down as Chairman of Bank of Ireland Group PLC and as Governor of The Governor and Company of the Bank of Ireland. Following a selection process, Patrick Kennedy has been appointed to succeed Archie Kane as Chairman and Governor on his retirement from the Board, which will now take place on 31 July 2018.

“We are very grateful to Archie for his service to Bank of Ireland since his appointment in 2012 and continuing until the end of July. His considerable experience and sound judgement have been of great assistance to the Bank through a challenging period. During his time as Chairman and Governor, Bank of Ireland repaid the Irish taxpayer, exited the Eligible Liabilities Guarantee, and is recommencing dividend payments. Archie leaves the Bank in a strong and sustainable position and the Board would like to wish him well for the future.

“I would like to congratulate Patrick Kennedy on his appointment to succeed Archie as Chairman and Governor. Patrick combines a deep knowledge of the Bank with exceptional commercial acumen gained from a highly successful career in national and international business. We look forward greatly to working with Patrick as Chairman and Governor, as Bank of Ireland makes progress on its three strategic priorities – to transform the bank, to better serve our customers, and to grow sustainably.”