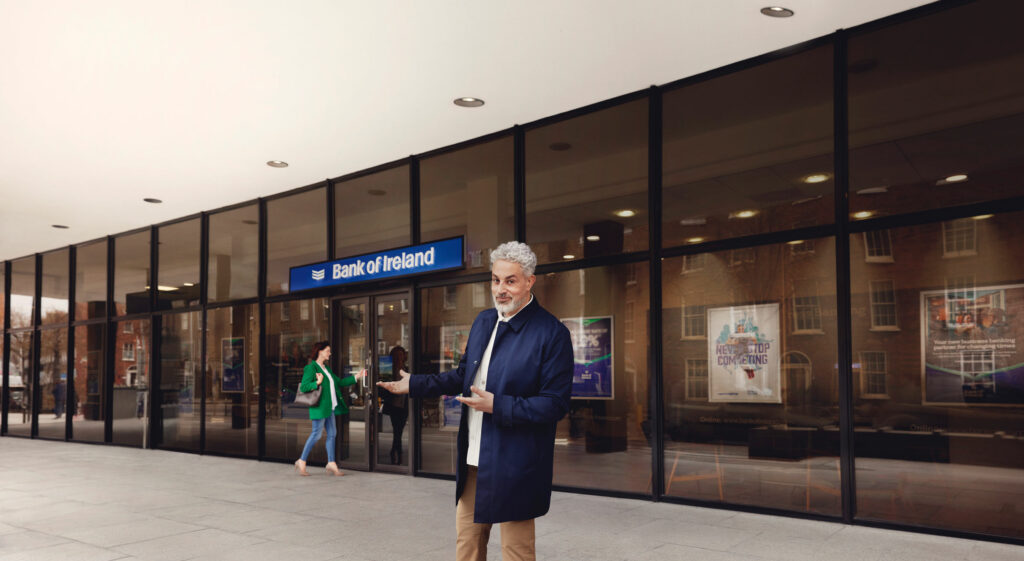 Monday 9 May 2022: Bank of Ireland is investing more than €2 million in a consumer awareness campaign to support those moving banks. Starting this week, the ‘Big Move’ campaign will feature on TV, radio, print, outdoor, digital and social media. The campaign directs account movers to a range of useful supports including step-by-step guides, a dedicated phone line and an online hub to help them with the move.

So far this year, Bank of Ireland has opened double the number of personal current accounts compared to the same period last year. To help manage the huge increase in applications, c500 additional resources are being dedicated to support customers moving. Seven in ten accounts are currently being opened via digital channels.

Discussing the new ‘Big Move’ campaign, Gavin Kelly, CEO of Retail Ireland, Bank of Ireland said: “Last month we announced a range of additional resources to support those moving banks, and we are now adding to this with a comprehensive consumer awareness campaign to provide further guidance.

“Ireland has never seen this level of account switching, which is a major logistical issue for consumers as well as banks, utility companies, Government Departments, and the wider business community. It’s a serious challenge and it requires serious investment and resources. Bank of Ireland has moved swiftly to put a range of supports in place for consumers and our ‘Big Move’ campaign will now guide people towards those supports.”

Bank of Ireland’s new dedicated online hub “The Big Move” includes a guide for customers on how to close their existing current account, open a new account, make changes to regular payments, and apply for credit products such as overdrafts. Templates for letters to SEPA Direct Debit originators, payroll change instruction letters to employers, and credit payment redirection forms have also been developed to help consumers navigate the process.