Bank of Ireland on track to raise 20,000 hours of home nursing care for Jack and Jill Children’s Foundation families nationwide 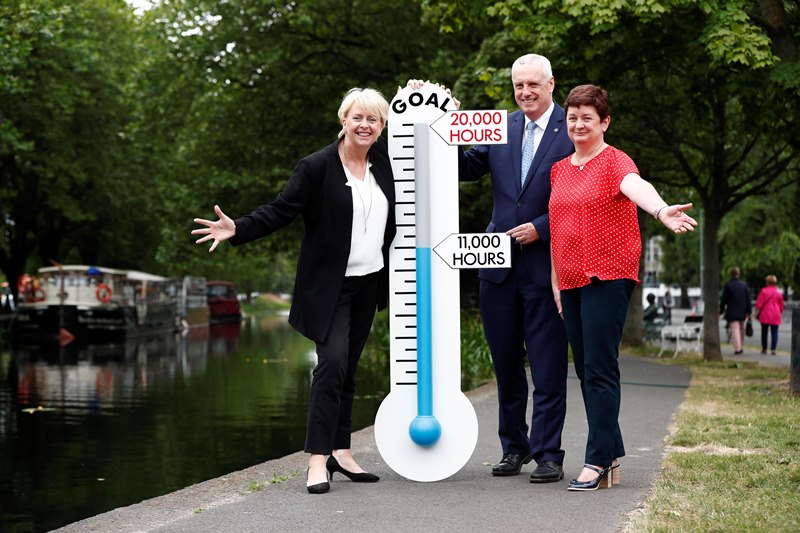 1 August 2018 – Bank of Ireland has pledged to provide 20,000 nursing hours for Jack and Jill families across Ireland during its partnership with the charity. The Bank’s fundraising efforts have already reached an impressive 11,000 hours, thanks to extensive fundraising initiatives by its staff nationwide.

In addition to supporting the Jack and Jill Up the Hill event, Bank of Ireland colleagues most recently came together for a Lip Sync Battle which raised over €56,000 resulting in 3,500 nursing hours, a lifeline for the 355 Jack & Jill families across the country. Later this year, the Bank will also see 60 staff members brave a 5-day cycle from Malin to Mizen head to raise further funds for this noble cause. Fundraising efforts such as these make it possible to provide a bespoke care plan that is designed around the whole family, operating 365 days a year, with no waiting list and no means test.

Carmel Doyle, Interim CEO of The Jack & Jill Children’s Foundations said; “Every €16 raised by Bank of Ireland staff funds one hour of home nursing care and respite. The Jack & Jill care model is all about giving the ‘gift of time’ to families, to allow them a break to do the normal things that we all take for granted like sleeping, working, shopping, banking or taking the other kids to the park. This huge effort from our Bank of Ireland partnership has also enabled us to extend the age range of the children we look after up to 5 years old and to make that move sustainable, something we’ve wanted to do for a number of years.”

Speaking about the nursing hours funded to date, Vincent Mulvey, Group Chief Risk Officer at Bank of Ireland said; “We are honoured to be involved in raising funds for Jack and Jill whose team of nurses deliver such an incredible service for families of sick children around the country. I’d like to thank my colleagues in Bank of Ireland who have rallied together and been central to our fundraising drive which has delivered an incredible 11,000 nursing hours to date. With 20,000 hours pledged by the end of the partnership period, we are bringing one element of our Purpose to life; enabling our communities to thrive.”