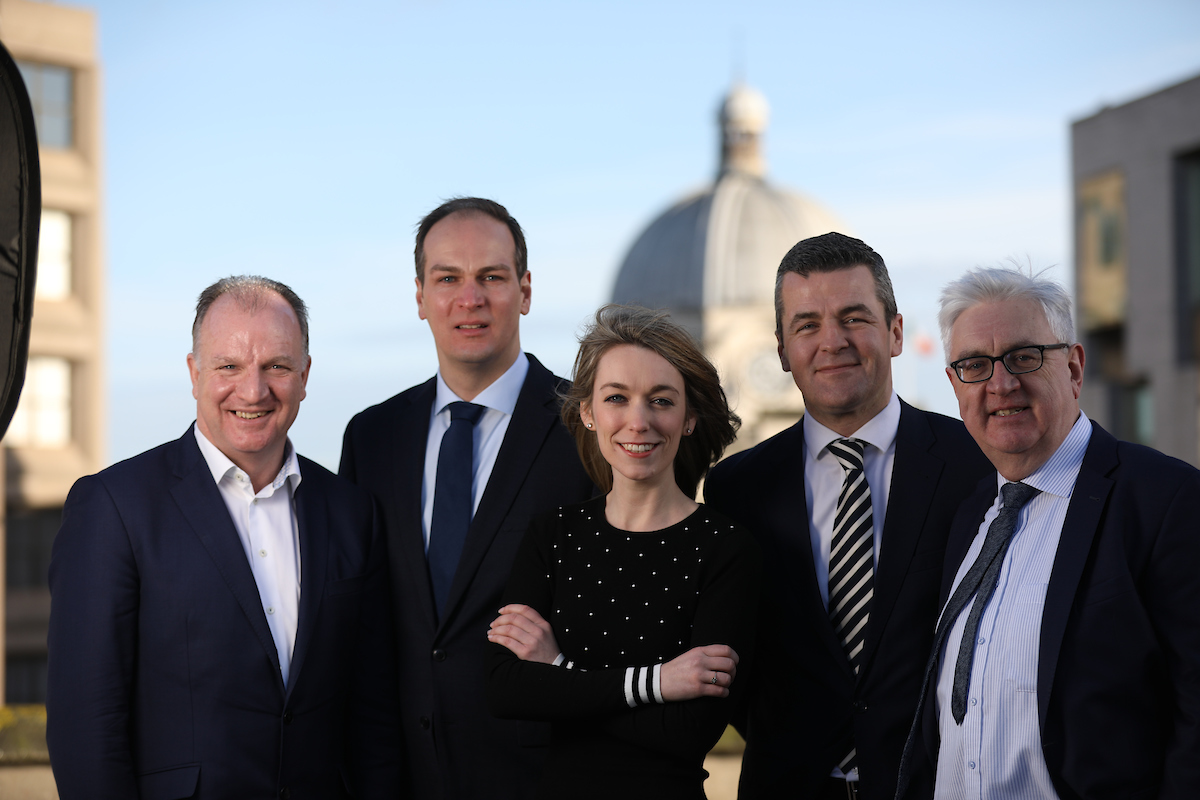 Bank of Ireland today has announced that it will open a second FDI Hub for international companies looking to locate to Ireland. The FDI Hub, based in the Bank’s building on College Green, will complement the existing space on Stephen’s Green. The space provides complimentary office and meeting space for international companies planning to set up in Ireland. Bank of Ireland is the first and only Irish bank offering this service to FDI companies and it continues Bank of Ireland’s support for businesses of all stages through its workbenches, startlabs and FDI spaces.

The announcement follows the success of the Stephen’s Green FDI Hub, which opened its doors in March 2017. Over 30 FDI companies have availed of the space in just under a year, with the Bank of Ireland Innovation and Corporate Banking teams noticing an increasing demand from UK and International companies since Brexit. The top markets that are utilising the space include the US, UK, China, Australia, Japan and Canada.

The spaces at Stephen’s Green and College Green will provided 55 hot desks and 7 meeting rooms for FDI companies in prime Dublin city centre locations. The Bank will also offer spaces for these companies at the Bank’s innovative Workbenches based in Cork, Galway, Limerick and Kilkenny.

Nauto, who focus on retrofitting commercial vehicle fleets with networked safety camera-equipped devices, have been working in Bank of Ireland Stephen’s Green for five months. Nauto, who currently have more than 120 staff worldwide with four based in Dublin, have just announced the addition of their first engineering jobs and plans to double the technical team in Dublin to support the European market. The Dublin operation will be pivotal to support Nauto’s efforts on building their presence in Europe and strengthen the relationship with major Automotive OEMs and Tier One suppliers in the area of Autonomous Driving and Other Strategic Data Initiatives.

Speaking about the announcement, Tom Hayes, Chief Executive Bank of Ireland Corporate Banking said: “Today’s announcement further strengthens our support for international companies based in Ireland and also adds to our strong network of Start-ups and Workbenches across the country.

“It is fantastic to see Nauto, one of over 30 FDI companies who have directly benefited from our Stephen’s Green hub, going from strength to strength and announcing significant growth plans for the Irish market. It’s also great to see the breath of countries where the companies are from, showing that Ireland is firmly on the map for companies exploring their post-Brexit options. In particular, we have noticed an increase in companies coming to us from countries that would have normally focused FDI activity in the UK.

“Launching a second FDI Workbench, in just under a year from when we opened our first, is testament to how successful this initiative is. We look forward to welcoming and supporting a new crop of international companies in the weeks and months ahead.”

Martin Shanahan CEO of IDA Ireland said: “The fact that Bank of Ireland is opening a second FDI hub in Dublin city centre within the space of a year is testament to the strength of the FDI sector in Ireland. This is a brilliant initiative which IDA fully supports, as its success here reinforces Ireland’s reputation as a leading location for innovative business leaders and companies with ambitious global objectives. IDA Ireland’s diverse client portfolio covers all sectors from pharmaceutical to financial services and brings high value jobs to communities across the entire country. I am delighted to see a second FDI hub opening; and I hope to be welcoming many more spaces such as this in the years to come.”

Frank Bunte, Head of Europe, Nauto said: “The Bank of Ireland FDI Hub in Stephen’s Green has been a tremendous asset that is helping Nauto builds our European headquarters and Dublin based team. Bank of Ireland’s FDI team expertise has greatly benefitted us as we develop our European business from our base in Ireland. We are delighted to announce our additional expansion plans and strong commitment to supporting the Irish economy today and appreciate the help and support we received from the IDA and Bank of Ireland.”