‘Sponsor for a Day’ competition valued at €50,000, with one lucky winner from Munster and Leinster 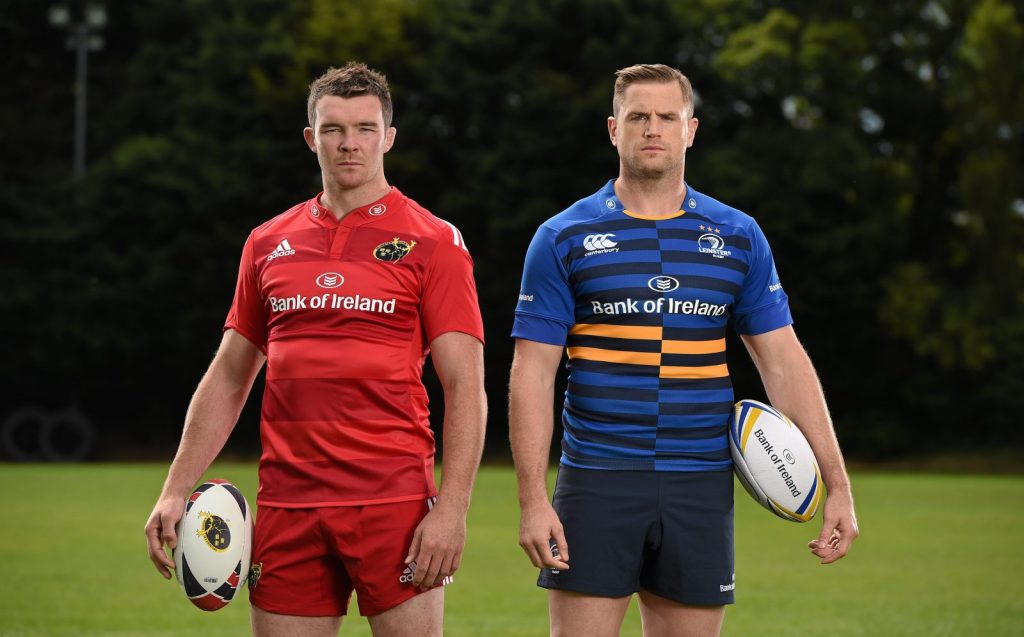 The unique prize opens up a national sponsorship opportunity to SMEs – something that would normally be beyond their reach. This year Bank of Ireland has partnered with the Ray D’Arcy Show on RTE Radio One for its ‘Sponsor for a Day’ competition. This partnership will give the companies that enter the competition brand exposure on a prime time national radio show. Ray will launch the campaign on the Wednesday, 16 September on his show. The ten companies that are shortlisted – five from Munster and five from Leinster and the two overall winners of the competition will also be announced on the show. This gives all the companies involved the opportunity for wide brand exposure and allows the companies to be associated with the famous brands of each team. The prize also includes the winners’ company logo on the front of the players jerseys’; pitch signage; corporate hospitality for ten guests; match programme advert; photographs with the team; promotion from Bank of Ireland, Munster and Leinster Rugby through press and media for all shortlisted companies and winners.

The selected games will take place on the third weekend in January 2016 when Leinster take on Bath at the RDS and when Munster will face Stade Francais in Thomond Park. Both games will be broadcast live on television across the world.

Companies can enter the competition via.bankofireland.com/sponsorforaday from today until the closing date of Wednesday, 28 October 2015 .A shortlist of five companies to sponsor Munster and five companies to sponsor Leinster will be announced by Tuesday, 3 November 2015, at which point the competition will be open to a public vote on www.bankofireland.com/sponsorforaday. Voting will close on Tuesday, 24 November 2015 and the winners of both the Munster and Leinster prizes will be announced on Thursday, 26 November 2015. Participants and voters can also follow the campaign on Twitter with the following hashtag #sponsorforaday.

The panel of judges include: Declan Galvin, Head of Small Business at Bank of Ireland, Jamie Heaslip from Leinster Rugby and Peter O’Mahony from Munster Rugby and Ray D’Arcy from RTE.

Commenting on the competition, Declan Galvin, Head of Small Business at Bank of Ireland said: “This competition is a fantastic brand building and profiling opportunity for two lucky businesses. It is the third year we have held this competition and the positive feedback from the winners and wider business community re-affirmed that winning the competition adds real value. Winners found that having their company logo on match day jerseys and the wider exposure this brings to their brand was a real success for them in building their business profile and creating marketing opportunities for their business.

“The competition is open to all businesses in Ireland, regardless of whether they are Bank of Ireland customers or not. We are committed to supporting the SME market and actively look for real and tangible ways to help people grow their businesses- ‘Sponsor for a Day’ is one way that we do this. I encourage both customers and non-customers of Bank of Ireland to come and talk to us to see how we can help develop their business” concluded Declan Galvin.

Commenting on the win Marc O’Dwyer, Managing Director at Big Red Cloud said “Despite coaching and gentle reminders from the marketing team at Bank of Ireland to be prepared, I never imagined how powerful an impact winning ‘Sponsor for a Day’ would have on me personally, my colleagues and my business, the Big Red Cloud. The association with two of the biggest brands in Ireland, Bank of Ireland and Leinster Rugby, has generated a doubling in traffic to our website, a notable rise in brand recognition and most importantly, a month-on-month rise in new business subscriptions to our online accounting software. The ‘Sponsor for a Day’ concept is a truly unique and rewarding experience that empowers small businesses such as Big Red Cloud to stand on the shoulders of giants. Is it any wonder we call it the gift that keeps on giving?”

Commenting on the Munster ‘Sponsor for a Day’ win Alan Long, Production Manager at Irish Yogurts said ‘Sponsor for a Day’ is a once in a lifetime opportunity and is an amazing experience for any SME. The buzz that was created from taking part and winning the competition within Irish Yogurts, around Clonakilty and amongst our loyal customers was fantastic. Seeing the Irish Yogurts logo on the Munster jersey was a proud moment for all of us and the exposure it generated for the company has continued long after the competition has ended.”

To enter, participants have to answer a simple question: ‘Name one rugby province that Bank of Ireland sponsor?’ and a tiebreaker: ‘Tell us why your business should be on the front of the Leinster/Munster jersey?’ (in less than 200 words). Entries must be submitted by Wednesday, 28 October 2015.