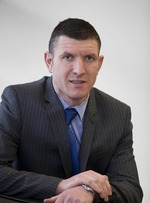 Bank of Ireland Business Banking announces the appointment of Seán Farrell as Head of Agri. His responsibilities will include strategy and policy development for the Bank in the agri area. His appointment highlights the Bank’s ongoing commitment to growing its market share in the sector.

Seán joins from ACCBank where he worked as National Agri Manager for the past two years having previously held the role of Agri Business Relationship Manager in North Tipperary, Laois and Offaly since 2002. Prior to this, he was a Regional Development Officer for the Irish Farmers Association in the midlands.

Seán holds a degree in agricultural science from UCD and a Higher Diploma in business studies from Waterford Institute of Technology.